I am writing this post today as a practising Hindu, grateful to be from a well-to-do-yet-middle-class family in Singapore. I recently read an article written by Rana Ayyub, a left ‘liberal’ and ‘secular’ journalist from New Delhi. I have been contemplating for some time to write a reply to her, but I have decided against it. I would rather give an alternative viewpoint to the issues raised by her in her article, which were mostly just rantings of an ungrateful Muslim living in India.

Like Rana did in the introduction paragraph of her article, it is impossible for me to provide you a proud gist of how great Hinduism is and the number of intellectuals, philosophers, scientists, poets, yogis, social reformers, and teachers it has produced. Frankly, a book needs to be written on it, as there is not enough space here. But sure, let us talk about Islam, because the single most concern I have for India is the rise of Islam and Islamic terrorists in India. The root of all problems that India is facing today is only because of Islam, the politics played in the name of Islam and the lives taken in the name of Islam.

As a teacher of Sanatana Dharma, I will not personally attack anyone for their views. I am no enemy to freedom of expression and freedom of speech. Rana is free to express herself and her views in any way whatsoever. However, truth is always one and two contradictory statements cannot be true at the same time. Being a practising Muslim and being a ‘liberal and secular’ person is impossible, if the words of the Quran were to be entirely taken into account. If Rana’s claim that she is a liberal and secular person were true, then she is not a practising Muslim in the true sense. The real practising Muslims are actually in the Lal Masjid of Pakistan. Maybe Rana should go and take a look at how devotedly they are practising Islam at the Lal Masjid. If she were a sensible liberal and secular person, she would see the fallacies in her reasoning.

Being liberal is akin to being open to changes. In this sense, the Quran and its teachings are already very restrictive, and none of which can be reformed or changed for the betterment of the society and to keep up with the changing times. For example, many communities around the world are more accepting of the homosexuals and transgenders today. However, these same people face significant death threats within their own Muslim community. Therefore, for a Muslim, it is impossible for him or her to be a devout practising Muslim and at the same time accept that the homosexuals of his or her own Muslim community have the right to live, pray and marry.

Unlike Islam, Hinduism does not divide the world into believers and disbelievers. This is the utmost crucial distinction between Islam and Hinduism that makes all the difference between a rigid and cruel religion that condemns the disbelievers to eternal damnation, and a dynamic, pluralistic, and liberal religion like Hinduism. Take for example the Quran (commentary by Muhammad Ali) verse 4.144 below:

Allah will severely chastise the disbelievers and will reward the believers. The believers should rather be friends with the believers only. Outwardly they may seem to like the disbelievers, but inwardly, they hate them. This is the view of the Quran, the Holy Book that Rana claims to read fervently during the month of Ramadan, and that which she claims teaches her compassion and empathy for the poor and the down-trodden (as long as they are believers too).

This divisive mentality of the Quran can also be found within the Muslims, when they put the religion first ahead of their country, India. This is because their allegiance is more towards Muslim countries where Islam is predominantly practised and where Islam was born. How can they show allegiance to a country that has given birth to idol-worshippers like us? This is why people like Rana praise Pakistan, whenever they get the opportunity to do so, and it shows how they inwardly hate India and the increasing saffronisation of India. By any small chance, even if they do profess their patriotism towards India, it becomes really hard to trust them. Especially when ISI is rampant in India, and they are literally showing what true practising Muslims really look like. 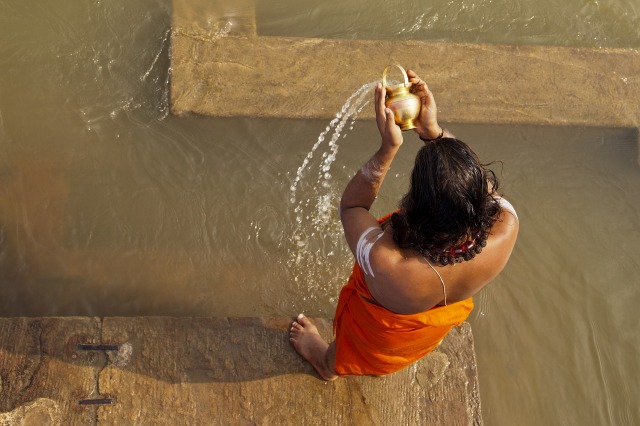 India flourished when Sanatana Dharma was the only way of living for its indigenous population. For India to flourish again, Islam must go. In fact, all foreign faiths must go. This is the only way India can step into another Golden period. Sensible people will eventually agree that Sanatana Dharma is the only religion that makes perfect sense. For India to prosper and survive, Dharma must spread, and only Dharma will win eventually.

3 thoughts on “I Am A Practising Hindu. My Single Most Concern For India Is…”

Hi friends! Welcome to my blog. I just moved to Wordpress from blogger... No particular reason. You can still access all my blogposts here. So do keep the comments coming in :)
Follow @PriyaAryaputri
My Tweets